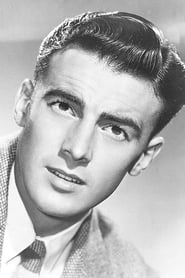 In 1957, he starred in six episodes of ABC's Disneyland in the miniseries "The Saga of Andy Burnett", the story... Read more