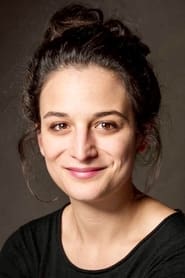 Jenny Sarah Slate (born March 25, 1982) is an American stand-up comedian, actress, voice actress and author, known for her role as Mona Lisa Saperstein on 'Parks and Recreation' as well as being the co-creator of the 'Marcel the Shell with Shoes On' short films and children's book series. She was a cast member on 'Saturday Night Live' for the 2009/10 season and appeared in shows such as 'House... Read more