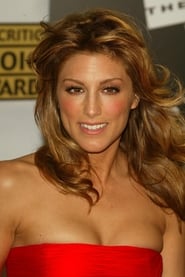 Jennifer Esposito (born April 11, 1973, height 5' 6" (1,68 m)) is an American actress, dancer and model. known for her appearances in films such as I Still Know What You Did Last Summer, Summer of Sam and Crash and in television series such as Spin City and Samantha Who?, and Blue Bloods.

Esposito was born in Brooklyn, New York, the second of two daughters of Phyllis, an interior decorator,... Read more