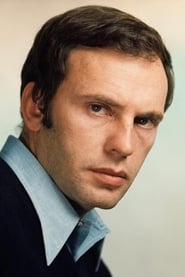 Jean-Louis Trintignant (born 11 December 1930) is a French actor who has enjoyed an international acclaim. He won the Best Actor Award at the 1969 Cannes Film Festival.

Trintignant was born in Piolenc, Vaucluse, France, the son of Claire (née Tourtin) and Raoul Trintignant, an industrialist. At the age of twenty, Trintignant moved to Paris to study drama, and made his theatrical debut in... Read more