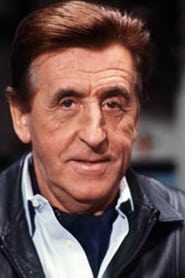 Jean Marcel Lefebvre (October 3, 1919 – July 9, 2004) was a French film actor. His erratic studies were interrupted by World War II. Taken prisoner and then requisitioned as a laborer, he escaped to join his family evacuated near Châteauroux and Neuvy-Saint-Sépulcre. He was a tram driver time in Limoges and seller of underwear. At the end of the war he returned to his home, in his house in... Read more