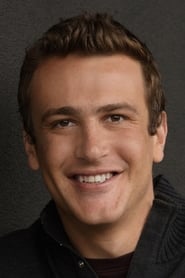 Jason Jordan Segel (born January 18, 1980) is an American television and film actor, screenwriter, musician, known for his work with producer Judd Apatow on the short-lived television series Freaks and Geeks and Undeclared, the movies Forgetting Sarah Marshall, Knocked Up, I Love You, Man, Gulliver's Travels, and Despicable Me, and also for his role as Marshall Eriksen in the CBS sitcom How I Met Your Mother.