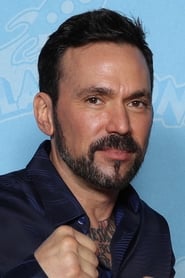 Jason David Frank (September 4, 1973 – November 19, 2022) was an American actor and mixed martial artist who was most notable for his role as Tommy Oliver in Mighty Morphin Power Rangersand other Power Rangersshows.

Frank was born in Covina, California on September 4, 1973. Frank was Christian, and said he began attending church after the death of his brother. He married his first wife in... Read more