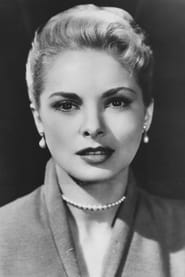 Janet Leigh (July 6, 1927 – October 3, 2004), born Jeanette Helen Morrison, was an American actress. She was the wife of actor Tony Curtis from June 1951 to September 1962 and the mother of Kelly Curtis and Jamie Lee Curtis.

Discovered by actress Norma Shearer, Leigh secured a contract with MGM and began her film career in the late 1940s. She appeared in several popular films over the... Read more