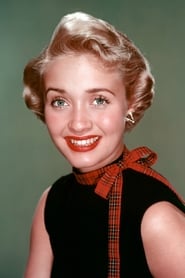 Jane Powell was singing and dancing at an early age. She sang on the radio and performed in theaters before her screen debut in 1944. Through the 1940s and 1950s, she had a successful career in movie musicals. However, in 1957, her career in films ended, as she had outgrown her innocent girl-next-door image. She has made brief returns to acting in front of the camera -- on television, in... Read more