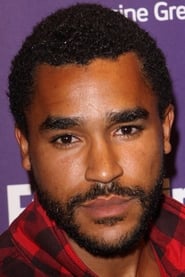 Jamil Walker Smith (born August 20, 1982) is an American actor. His best known role is as the voice of Gerald, a fourth grader and Arnold's best friend in the Nickelodeon TV series Hey Arnold!. He also appeared on various shows like Sister, Sister, Girlfriends, Bones, The X-Files, and The Bernie Mac Show. He is an actor by trade and writes, acts and directs his own short film projects. He... Read more