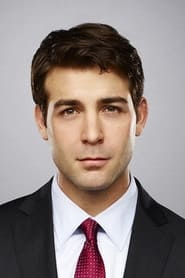 James Wolk, also known as Jimmy, is an American actor. He is known for his starring roles in the CBS comedy series The Crazy Ones, the AMC period drama series Mad Men, the CBS drama thriller series Zoo, the CBS All Access psychological thriller series Tell Me a Story, and the HBO superhero limited series Watchmen. Wolk is on the Board of Directors of the Brad Cohen Tourette... Read more