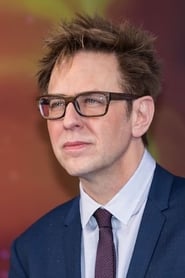 James Gunn was born and raised in St. Louis, Missouri, to Leota and James Francis Gunn. He is from a large Catholic family, with Irish and Czech ancestry. His father and his uncles were all lawyers. He has been writing and performing as long as he can remember. He began making 8mm films at the age of twelve. Many of these were comedic splatter films featuring his brothers being disemboweled by... Read more