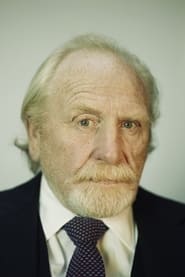 James Cosmos is known for his film roles as Angus MacLeod in Highlander, Campbell in Braveheart and as Father Christmas in the adaptation of The Chronicles of Narnia: The Lion, the Witch and the Wardrobe. Over the years he has also had roles in films such as Trainspotting, The Last Legion, Troy, and 2081 . He also appeared in Take the High Road as Alex Geddes from 1982-83. He is also a staple... Read more