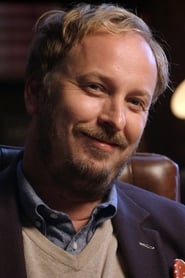 James Bobin is a British film director, writer, and producer. He has worked as a director and writer on The 11 O'Clock Show and Da Ali G Show, and helped create the characters of Ali G, Borat, and Bruno.  In 2003 and 2004, he directed and co-wrote all of the 12 episodes of Ali G in da USAiii for HBO.

With Bret McKenzie and Jemaine Clement, he co-created Flight of the Conchords, also for HBO.... Read more