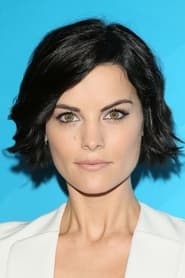 Jaimie Alexander (born March 12, 1984) is an American actress known for portraying Jessi on the TV series Kyle XY and Sif in the 2011 superhero film Thor, it's 2013 sequel, Thor: The Dark World, and Agents of S.H.I.E.L.D.. Since 2015 she stars in the NBC series Blindspot.

Jaimie Alexander was born in Greenville, South Carolina, and moved to Grapevine, Texas when she was four years old. She is... Read more