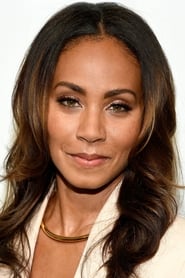 Jada Koren Pinkett Smith is an American actress, singer-songwriter, and businesswoman. She began her career in 1990, when she made a guest appearance in the short-lived sitcom True Colors. She starred in A Different World, produced by Bill Cosby, and she featured opposite Eddie Murphy in The Nutty Professor (1996). She starred in dramatic films such as Menace II Society (1993) and