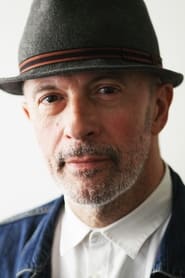 Jacques Audiard is a French film director, writer, actor and producer. He is the son of Michel Audiard, also a notable screenwriter and film director. Audiard won twice both the César Award for Best Film and the BAFTA Award for Best Film not in the English Language, in 2005 for The Beat That My Heart Skipped and in 2010 for A Prophet. He also won the Grand Prix at the Cannes Film Festival.