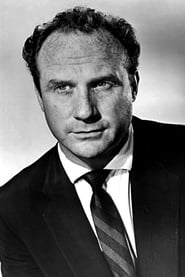 Jack Warden was an American television and film character actor, born John Warden Lebzelter in Newark, New Jersey. He was twice nominated for an Academy Award for Best Supporting Actor for Shampoo (1975) and Heaven Can Wait (1978). He also received a BAFTA nomination for the former movie and won an Emmy for his performance in Brian's Song (1971).