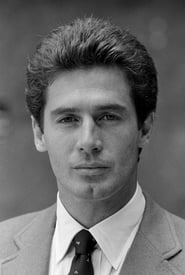 Jack Scalia is an American actor. He has had many roles in television series, television movies, and feature films. He is perhpas best known for his role as Chris Stamp on All My Children from 2001 to 2003.

Scalia was born Giacomo Tomaso Tedesco of Italian and Irish descent. His father was former Brooklyn Dodger Rocky Tedesco. His parents divorced and when his mother remarried his name was... Read more