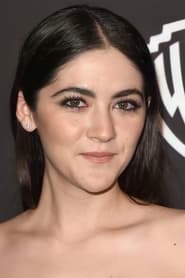 Isabelle was born in Washington, DC but grew up in Atlanta, Georgia. She has one older sister, Madeline, and her parents are Elina and Nick Fuhrman. Her career began when a casting director from Cartoon Network spotted her waiting for her sister and cast her for one of the shows, Cartoon Fridays. Isabelle's first acting gig came in 2006 when she booked a commercial for Rooms to Go furniture,... Read more