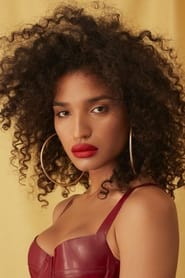 Indya Moore is an American actor and model. They are known for playing the role of Angel Evangelista in the FX television series Pose. Time magazine named the actor one of the 100 most influential people in the world in 2019. Moore is trans and non-binary, and uses they/them pronouns.