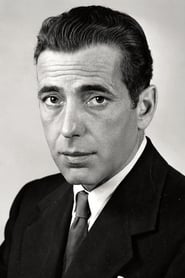 Humphrey DeForest Bogart (December 25, 1899 – January 14, 1957) was an American actor. He is widely regarded as a cultural icon. The American Film Institute ranked Bogart as the greatest male star in the history of American cinema.

After trying various jobs, Bogart began acting in 1921 and became a regular in Broadway productions in the 1920s and 1930s. When the stock market crash of 1929... Read more