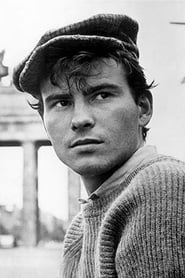 Horst Werner Buchholz  (4 December 1933 – 3 March 2003) was a German actor, remembered for his part in The Magnificent Seven and Nine Hours to Rama. He appeared in over sixty films during his acting career from 1952–2002. He was married to French actress Myriam Bru from 1958 to his death, and one of their two children is the actor Christopher Buchholz.