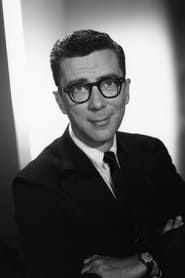 Herbert Anderson (March 30, 1917 – June 11, 1994) was an American character actor probably best remembered for his role as Henry Mitchell, the father in the CBS television sitcom Dennis the Menace.

After a few minor roles in films for Warner Bros., Anderson got his big break in the 1941 picture Navy Blues, followed by The Body Disappears and The Male Animal. His other films include the 1949... Read more