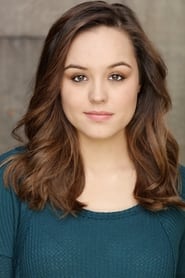 Sarah Hayley Orrantia (born February 21, 1994), known professionally as Hayley Orrantia, is an American actress, singer, and songwriter. She is best known for portraying Erica Goldberg on the ABC comedy series The Goldbergs. She was a member of Lakoda Rayne, a country-pop girl group assembled by Simon Cowell during the first season of The X Factor.

Orrantia began singing at the age of... Read more