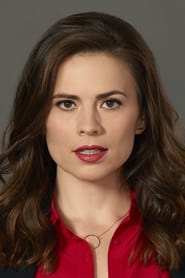 Hayley Elizabeth Atwell (born 5 April 1982) is a British and American actress. Born and raised in London, Atwell studied acting at the Guildhall School of Music and Drama, and made her stage debut in a 2005 production of James Kerr's translation of the Ancient Greek tragedy Prometheus Bound. She subsequently appeared in multiple West End productions and on television, and was recognised for... Read more