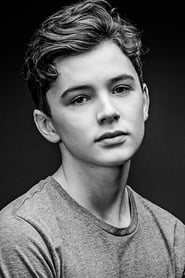 Harry Gilby has been training at the Television Workshop in Nottingham since he was 12. He played Nathan in original cast of The Full Monty at the Noel Coward Theatre in London's West End.

Harry Gilby made his acting debut in 2016, when he played a Village Lad in an episode of Jericho. In 2017 he played Charlie Lyndsay in the film Just Charlie, a transgender girl with a special talent for... Read more