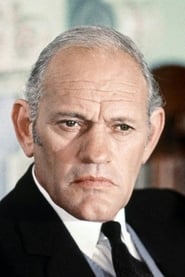 Harry Fleetwood Andrews, CBE (10 November 1911 – 6 March 1989) was an English film actor known for his frequent portrayals of tough military officers. His performance as Sergeant Major Wilson in The Hill alongside Sean Connery earned Andrews the 1965 National Board of Review Award for Best Supporting Actor and a nomination for the 1966 BAFTA Award for Best British Actor. He made his... Read more