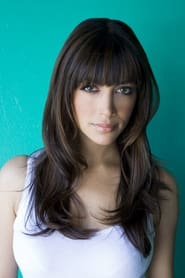 Simone was born in London, to an Indian father and a mother of German, Italian, and Greek Cypriot descent. Simone spent her early... Read more