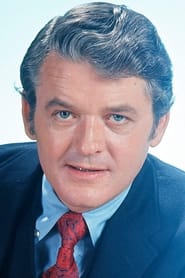 Harold Rowe Holbrook Jr. (February 17, 1925 – January 23, 2021) was an American actor, television director, and writer. He first received critical acclaim in 1954 for a one-man stage show he developed, Mark Twain Tonight!, performing as Mark Twain, while studying at Denison University. He won the Tony Award for Best Actor in a Play in 1966 for his portrayal of Twain. He would continue to... Read more