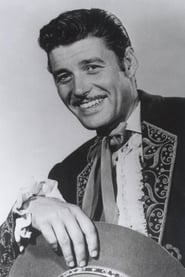 Guy Williams was an American actor and former fashion model, who played swashbuckling action heroes in the 1950s and 1960s, but never quite achieved movie-star status despite his appearance (including hazel eyes, 6′ 3″ (1m90) height, and 190 lb (86 kg) weight) and charisma, which helped launch his early successful photographic modeling career.

Among his most prominent achievements were... Read more