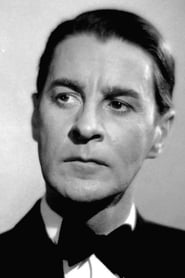 Gunnar Björnstrand (13 November 1909 – 26 May 1986) was a Swedish actor known for his frequent work with writer/director Ingmar Bergman. He was born in Stockholm. He appeared in over 120 films.

Björnstrand at first had trouble finding work but got an engagement in Helsinki with his wife 1936-1938. Back in Stockholm he met Ingmar Bergman, at that time a mostly unknown theatre director.... Read more