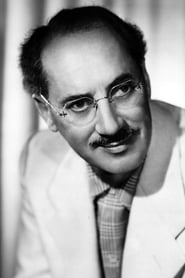 Julius Henry "Groucho" Marx (October 2, 1890 – August 19, 1977) was an American comedian and film star famed as a master of wit. His rapid-fire delivery of innuendo-laden patter earned him many admirers.He made 13 feature films with his siblings the Marx Brothers, of whom he was the third-born. He also had a successful solo career, most notably as the host of the radio and television game... Read more