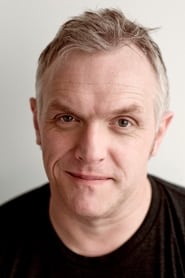 Greg Davies is an award-winning stand-up comedian, writer and actor known for starring in his critically lauded sitcom Man Down (Channel 4). After playing the infamously psychotic Head of Sixth Form ‘Mr Gilbert’ in The Inbetweeners(Channel 4) and its two spin off feature films, Greg went on to appear in Cuckoo (BBC Three) alongside Andy Samberg and Taylor Lautner, which earned him a BAFTA... Read more