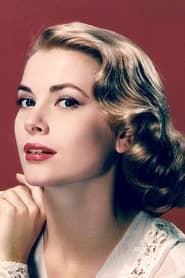 Grace Patricia Kelly (November 12, 1929 – September 14, 1982) was an American actress who, after starring in several significant films in the early to mid-1950s, became Princess of Monaco by marrying Prince Rainier III in April 1956.

Kelly was born into a prominent Catholic family in Philadelphia. After graduating from the American Academy of Dramatic Arts in 1949, Kelly began appearing in... Read more