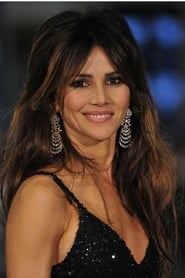 Goya Toledo is a Spanish film and television actress and model.Born at Arrecife on the island of Lanzarote, one of the Canary Islands, on the 24 September 1969, Toledo started out as a model before venturing into acting. Her most well-known role to date has been playing the model Valeria in the 2000 film Amores Perros. She also had a starring role in the 2003 Spanish thriller Killing Words.