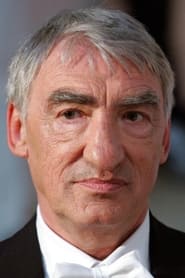 Gottfried John (German: [ˈjoːn];[1] 29 August 1942 – 1 September 2014) was a German stage, screen, and voice actor. A long-time collaborator of Rainer Werner Fassbinder, John appeared in many of the filmmaker's projects between 1975 and his death in 1982, including Mother Küsters Goes to Heaven, Despair, The Marriage of Maria Braun , and Berlin Alexanderplatz. His distinctive, gaunt... Read more