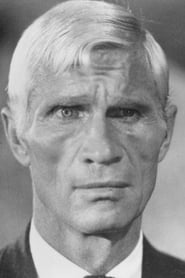 Gordon Mitchell was born "Charles Pendleton" in Colorado and served his country in both World War II and the Korean War (during which he was briefly a POW). Afterward he worked as a teacher in inner city schools in California and got heavily involved in personal fitness and bodybuilding. He became friends with Joe Gold (of Gold's Gym), joining Mae West's comedy act as one of her "strongmen"... Read more