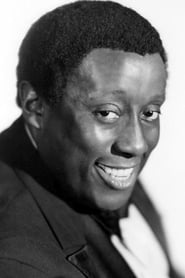 Godfrey MacArthur Cambridge (February 26, 1933 - November 29, 1976) was an American comedian and actor. Alongside Bill Cosby, Dick Gregory, and Nipsey Russell, he was acclaimed by Time magazine in 1965 as "one of the country's four most celebrated Negro comedians.".