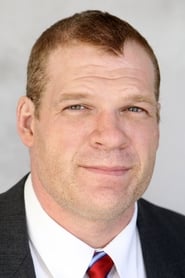 From Wikipedia, the free Encyclopedia

Glenn Thomas Jacobs (born April 26, 1967) is an American politician, actor, and professional wrestler. As a Republican, he is the Mayor of Knox County, Tennessee since 2018. He is currently signed to WWE, where he works under the ring name Kane.

He began his professional wrestling career on the independent circuit in 1992, wrestling in promotions such as... Read more