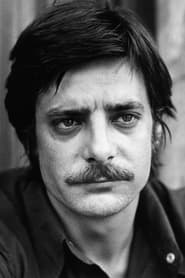 Giancarlo Giannini (born 1 August 1942) is an Italian actor and dubber.

Giannini was born La Spezia, Liguria, Italy. He studied at the Accademia Nazionale d'Arte Drammatica in Rome, and made his film debut in a small part in Fango sulla metropoli in 1965. He appeared in supporting roles in Anzio and The Secret of Santa Vittoria, and starred in the original version of Swept Away. In 1971, he... Read more