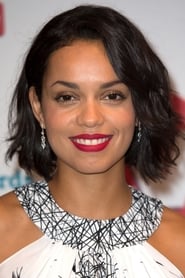 Georgina Alice Campbell is an English actress and model. She won the 2015 BAFTA TV Award for Best Actress for Murdered by My Boyfriend. Her other television credits include Flowers, Broadchurch, the Black Mirror episode "Hang the DJ", and Krypton. She also starred in the film Barbarian.