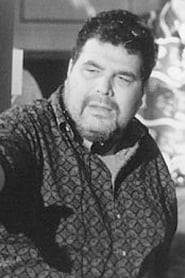 George Pan Cosmatos (January 4, 1941 in Florence, Italy - April 19, 2005 in Victoria, Canada) was a Greek/Italian film director. After studying film in London, he became assistant director to Otto Preminger on Exodus (1960), Leon Uris's epic about the birth of Israel. Thereafter he worked on Zorba the Greek (1964), in which Cosmatos had a small part as Boy with Acne. Cosmatos grew up in... Read more