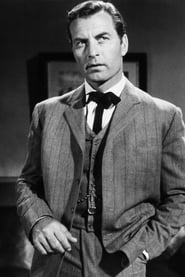 George Montgomery was boxing champion at the University of Montana, where he majored in architecture and interior design. Dropping out a year later, he decided to take up boxing more seriously, and moved to California, where he was coached by ex-heavyweight world champion James J. Jeffries. While in Hollywood, he came to the attention of the studios (not least, because he was an expert rider)... Read more