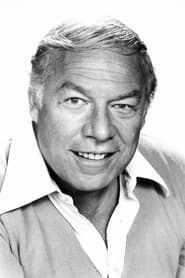 Sandy-haired, tall and burly George Harris Kennedy, Jr. was born in New York City, to Helen A. (Kieselbach), a ballet dancer, and George Harris Kennedy, an orchestra leader and musician. He had German, Irish, and English ancestry. A World War II veteran, Kennedy at one stage in his career cornered the market at playing tough, no-nonsense characters who were either quite crooked or possessed... Read more