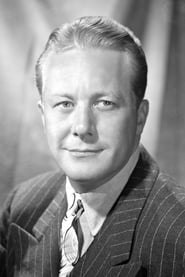 Gene Raymond, born Raymond Guion, was an American film, television, and stage actor of the 1930s and 1940s. In addition to acting, Raymond was also a composer, writer, director, producer, and decorated military pilot.

His screen debut was in Personal Maid (1931). Another early appearance was in the multi-director If I Had a Million with W. C. Fields and Charles Laughton. With his blond good... Read more