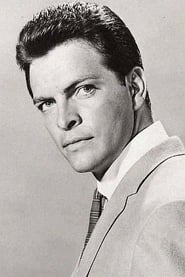 Gary Conway (born Gareth Monello Carmody, February 4, 1936) is an American actor and screenwriter. His notable credits include a co-starring role with Gene Barry in the detective series, Burke's Law, from 1963–1965. In addition, he starred in the Irwin Allen sci-fi series Land of the Giants from 1968–1970.