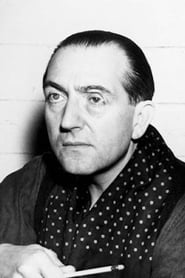 Friedrich Christian Anton "Fritz" Lang (December 5, 1890 – August 2, 1976) was an Austrian-American filmmaker, screenwriter, and occasional film producer and actor. One of the best known émigrés from Germany's school of Expressionism, he was dubbed the "Master of Darkness" by the British Film Institute. His most famous films are the groundbreaking Metropolis (the world's most expensive... Read more