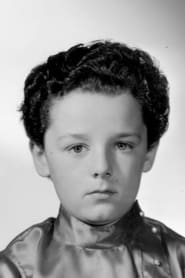 Freddie Bartholomew was an English-American child actor. One of the most famous child actors of all time, he became very popular in 1930s Hollywood films. His most famous starring roles are in Captains Courageous and Little Lord Fauntleroy.

He was born in London and for the title role of David Copperfield, he emigrated to the United States in 1934, living there the rest of his life. He became... Read more