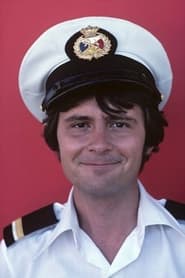 Grandy was born in Sioux City, Iowa, the youngest of three sons of William Grandy, who worked in his father's insurance business, and his wife Bonnie. When Grandy was eleven, his father died of a heart attack. His mother died of an aneurysm a year later.

The young Grandy was raised by Margaret Avery, his mother's best friend (a widow who later married his father's doctor). He went to public... Read more